Thanks lot to Mommy Peiwun for sending me these award.
I just feel so happy can be in the list of the best Mommy.

This award really cheers up my day!

The rules:
1. Show the award logo in your post.
2. Pick a picture you have with your kiddo(s).
3. Post should include your best experience as a Mom.
3. Nominate other blogger mom's out there that you consider the best mom, like yourself. 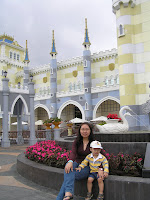 It is not easy being a SAHM ,everyday is a busy day...can only have my own time during night time.

My whole life has changed a lot become a mother but with Ryan at my side, he has cheered up my days with his smiles and make me to be a stronger and independent person.

I would like to pass these award to all mommies in my blog roll. You all deserved to be the BEST MOMMY. Please grab these award!!
Posted by MeRy at 1:08 AM 6 comments:

A prize from MotherHood 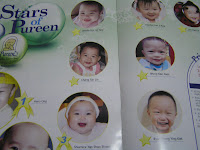 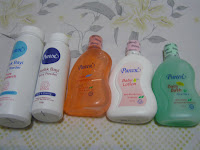 Last year Oct'08. i tried my luck to send in Ryan's picture for the picture contests organized by Motherhood Magazine. It is 1st time Ryan won the picture contest...just got a consolation prize for 'Starts of Pureen'. His picture was published in the Dec'08 edition.

I got my friend WanChin to help me collect the prize. Since we were going to meet up in JB,so she passed the things to me.

On 5 Dec'08, we went to JB for holiday. We stayed at Agnes's house for 2 nites. We reached Senai Airport around 6pm,then took cab direct to Agnes's house. Reached there about 7 pm....pretty tired too after taking 1 1/2 hrs flight from Sibu.

Then Agnes's hubby tapao dinner for us. After chating n taking shower, we took our rest.Next morning, we took a cab to nearby Carrefour while Agnes was working. Around noon time, we went back home.....then SuYing reached Agnes's house around 2pm & Wanchin reached at 5pm.

We went for dinner together, it is my 1st time meet up with SuYing and WanChin. I have met Agnes twice. We like old frends...can talk alot of things. After dinner, we went to Jusco for jalan-jalan. Not to forget, we snapped some pictures as a memories too.

We went back to Agnes's house,took a shower n rest. While I was resting, I rec'd an sms from hubby that he went out for supper. OMG, ..... 3 daddies went out supper without asking mommies to tag along. Poor mommies have to accompany their babies at home while daddies were enjoying themselves.

Next morning, we have to wake up early as we were departing to S'pore.

Bye Bye JOHOR & thanks lot to my dear Agnes for tumpang us at her house !!!
Posted by MeRy at 12:18 AM No comments: